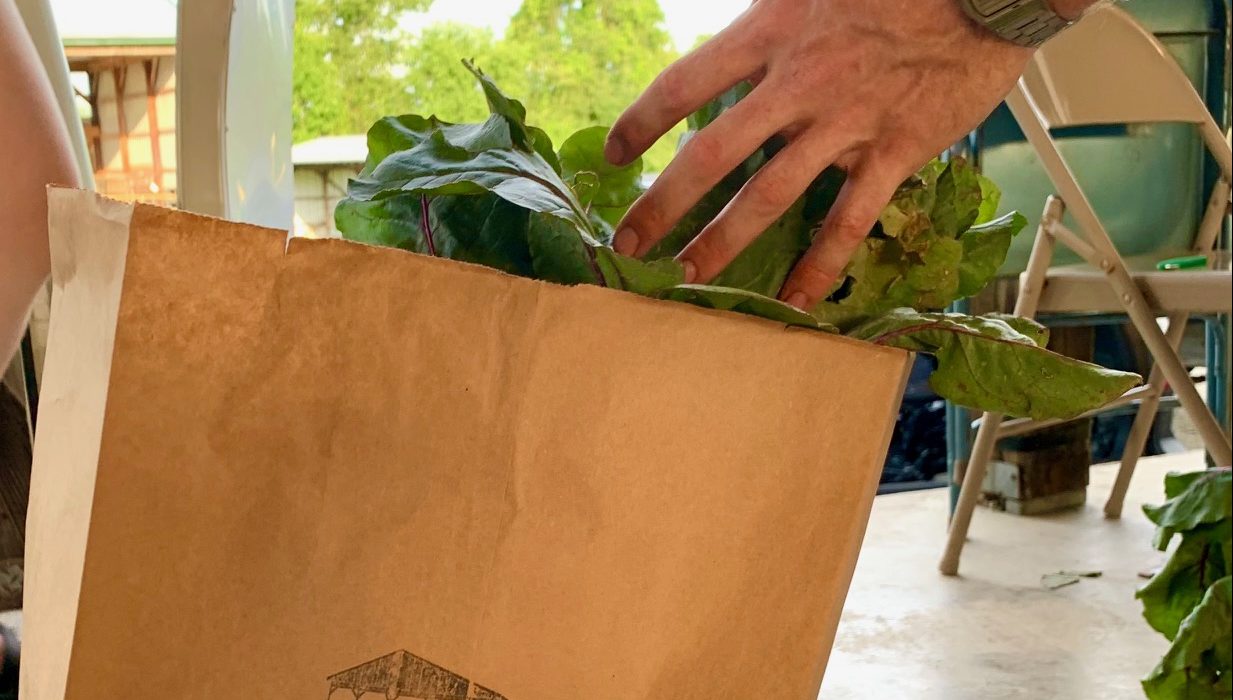 “Collaborative Conversations” seeks to explore the strong partnerships that exist through the Chesterhill Produce Auction.

The mission of Community Food Initiatives (CFI) is to “foster communities where everyone has equitable access to healthy, local food.” All CFI programming works toward this mission on different levels. Two CFI programs that provide direct access to healthy, local food are the Veggie Van and the Donation Station, both of which utilize the Chesterhill Produce Auction as their source of fresh, local produce. 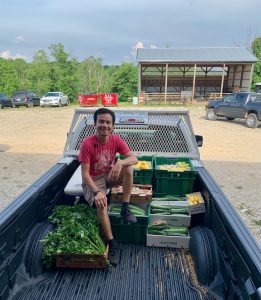 Ivan Orquera, the Veggie Van Coordinator, has worked with CFI since 2019. In our conversation, Ivan explained that the Veggie Van was developed through the support of a University of Buffalo project that aims to gauge the impact of mobile markets on community health. The University of Buffalo provided startup funds, an example mobile market model, and online resources for the mobile market, in addition to offering remote operational support throughout the first two years of the project. The Veggie Van launched in 2020 with the additional support from multiple Athens County based organizations, including the Creating Healthy Communities Coalition, Rural Action, HAPCAP, and the Athens County Public Library System. The First Presbyterian Church of Athens provided funds for the vehicle that became the Veggie Van. The Veggie Van currently operates in Glouster and will be expanding to Coolville and Nelsonville in the next few months. “Coolville is unique in that there is no grocer in town…they do have a convenience store, but there is no grocer-source of produce and we are really happy to be a source of fresh local produce via our mobile farm stand,” Ivan mentioned.

Ivan purchases produce at the auction and then puts it in crates to be driven to their operating locations. The Veggie Van is a donation based market, meaning that customers pay what they are able to pay for the produce. This allows those who have the resources to “pay it forward” for others, making the Veggie Van produce equitably accessible.

Another piece of the Chesterhill Produce Auction and CFI collaboration is the Local Food for All Campaign, a recent Rural Action fundraiser that is increasing the accessibility of Veggie Van produce for people facing food insecurity. The funds raised will provide 360 bags of fresh produce sourced from the Chesterhill Produce Auction that the Veggie Van will distribute at no cost to families in need over the course of 12 weeks. 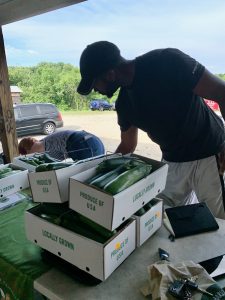 Donation Station is another CFI program that provides direct access to healthy, local food. While the Veggie Van serves individual customers, Donation Station serves partner organizations that in turn serve individuals, such as food pantries, free meal sites, and our public libraries. Donation Station utilizes the Auction as a source of fresh local produce and is also able to benefit from donations from other Auction patrons. Reggie Morrow, Donation Station Coordinator said, “We purchase as much produce as we can to distribute to 25-30 local food pantries and other organizations.” Because Donation Station distributes only locally sourced food, the program not only provides nourishing food for people in need, but also supports our essential local farmers, reduces food waste, and reduces our consumption of fossil fuels.

Are you interested in engaging with Donation Station or the Veggie Van but not sure how? Every auction, Donation Station sets up a booth where they will accept cash donations as well as produce donations. “An easy way to engage with us is to simply ask what we need,” said Reggie. If you are interested in volunteering with CFI, email Susie Huser at donationstation@communityfoodinitiatives.org. 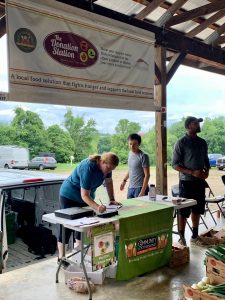 If you are interested in learning more about food insecurity in Appalachia, check out Root to Seed, CFI’s food justice podcast. Episodes explore topics such as health in the region, SNAP benefits, and food justice in schools.

Conversations with Reggie and Ivan about their programs illustrate the importance of the partnerships that surround the CPA. Reggie described Chesterhill Produce Auction as the center of a wheel of organizations that are all able to benefit from the aggregation of the produce market in this area. “Partnerships allow us to utilize all resources, all collaborations, and to incorporate everyone in our mission,” remarked Reggie. Ivan said, “It is great to buy food at a wholesale price (from the CPA) so that our grant dollars and donations can go further.”