How do I start my own farm? What resources do I need to start a business? What models of farming exist in this region? The questions that pile up in a beginning farmer’s mind are plentiful and often overwhelming. Many beginning farmers share an earnest motivation to steward the land, but a largely blank slate when it comes to resources, generational knowledge, and access to land. The reality with which our country must contend is an aging population of farmers operating on large tracts of land that are inaccessible to new farmers. Over the past five decades, small family farms have been pushed out of agriculture. Now we find ourselves needing them more than ever.

The Sustainable Agriculture team at Rural Action supports beginning farmers in many ways — most recently through a series of webinars with local farmers and business mentors called the Whole Farm Planning series. I had a conversation with one of the participants, DeAnna Bray, to learn about her experience as a beginning farmer starting from scratch.

DeAnna grew up in Vinton County, attended Ohio University, and had multiple careers before committing to a longtime dream of farming. Early on she developed a love of farming from visiting her aunt and uncle’s farm growing up. But she put her dreams aside. “I thought that to be a farmer, you had to have acres and acres of corn and soybeans,” she says to me over the phone. “And I was scared of cows, so there was that,” she chuckles. Over the past few years though, she started to explore the possibilities. She read about various types of farming and developed friendships with small farmers who have full-time careers cultivating vegetables and flowers. If they could do it, she thought, so could she.

Another more painful motivation was at play. Lyme disease. DeAnna had been working to heal from lyme for years, using many healing methods to little effect. She was at a standstill. But she read about a woman with lyme disease who found relief in cultivating gratitude and joy in her life. “At this point, I was like, I’ll try anything!” DeAnna tells me. So she asked herself what makes her happy. And flowers were the answer. “I have always enjoyed flowers,” DeAnna says, “If I have $10, I will eat peanut butter and jelly for the week so that I can buy flowers.” She began putting a bouquet of flowers by her bedside, focusing on their beauty, and keeping a gratitude list. The flowers not only brought her joy but made her want to share the joy, to start giving flowers to other people. “And I started feeling better,” she says, “It wasn’t a miraculous cure, as healing is a work in progress. But it started to happen.”

She began looking for examples of flower farms in the region. Sunny Meadows Flower Farm in Columbus was a great model. DeAnna developed a friendship with the farmers, only to discover later that the owner had also been diagnosed with lyme disease. They both had wisdom to share. DeAnna put the owner in touch with lyme-literate doctors and the owner helped DeAnna get started, most recently giving her 200 dahlia tubers. “It kinda just bloomed from there!” she laughs.

DeAnna has been volunteering at the Blaney Family Farm in Meigs County and utilizing beginning farmer resources wherever she can find them. Through the Whole Farm Planning webinars, she has created a business plan that details the multiple stages of her new farm business, called Good Karma Floral Farm: Gratitude Grows Here. The presentations helped her to gain perspective on the scope of her plan — bringing her big ideas down to a manageable scale and phased-in approach. She has a plan for each season. The first phase is to learn how to grow the flowers and utilize the markets that are available to her. Two farms have offered a piece of their land to her until she can purchase her own. Then she hopes to have a mobile flower truck shop, called Sunny, and eventually, her own full-time farm. “I’m trying to take it in small steps,” she remarks.

DeAnna found the business model canvas to be invaluable in simplifying her business all on one page. Additionally, the webinars connected her with mentors. She reached out to Abbe Turner of Lucky Penny Farm after the first presentation to set up a phone call. Now they touch base each week. “That’s not something I was expecting from this webinar series,” DeAnna tells me, “She has been an incredible resource, very inspiring.” Faith Knutsen and John Glazer of Ohio University’s Voinovich School also supported DeAnna by setting up a call to further discuss the concept of a social return on investment. Now she feels better equipped to talk about the social good that her farm business will bring.

Lastly, I ask DeAnna what suggestions she gives to other beginning farmers. Her answer is simple, the best way to get started is to just get started! For a while, she didn’t feel qualified to begin considering her own business. But once she had gotten her boots on the ground by volunteering with the Blaney Family Farm or going to workshops with Rural Action, things started to fall into place. “I would suggest finding a place to volunteer and put your hands on whatever it is you want to learn,” she says, “Find people that are doing what you want to do and allow them to be your inspiration.”

Before we hopped off the phone I had to know — what flower would she be? A sunflower. “Because I picture sunflowers always facing the sun,” she tells me, “trying to stay positive, to be in the light, to be a part of the solution.” 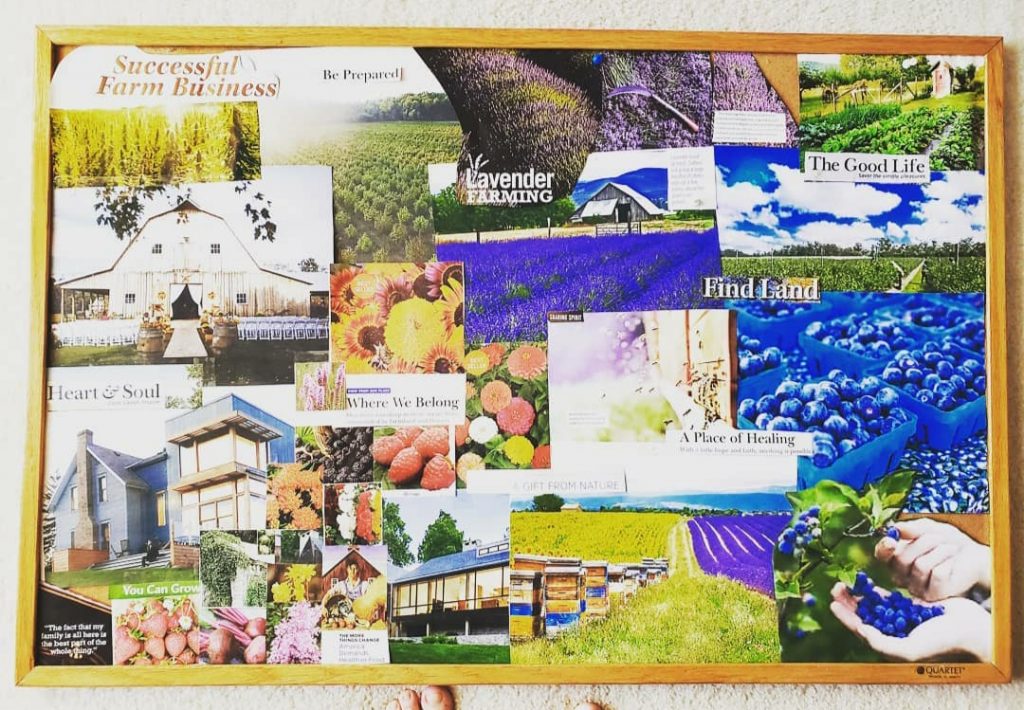 To learn more about Rural Action’s resources for beginning farmers, email molly@ruralaction.org to get added to our email list.