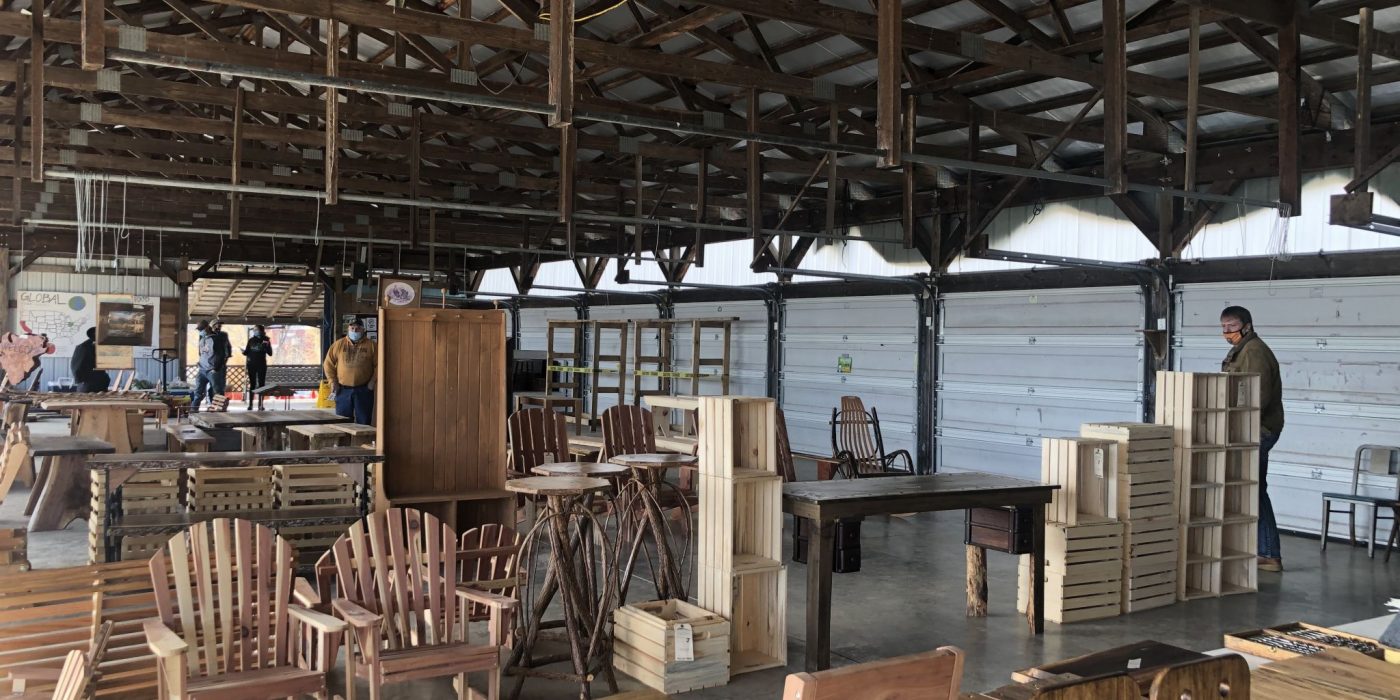 As a first-timer entering the world of the Chesterhill Produce Auction, I was surprised by how welcoming and bustling the auction was. Since it was the first auction of the season, in the middle of a pandemic, it was shocking to have such a good turnout. I was also nervous about attending as I was concerned about being in a large crowd. Despite my concern, attendees were friendly and tried to adhere to social distancing guidelines. 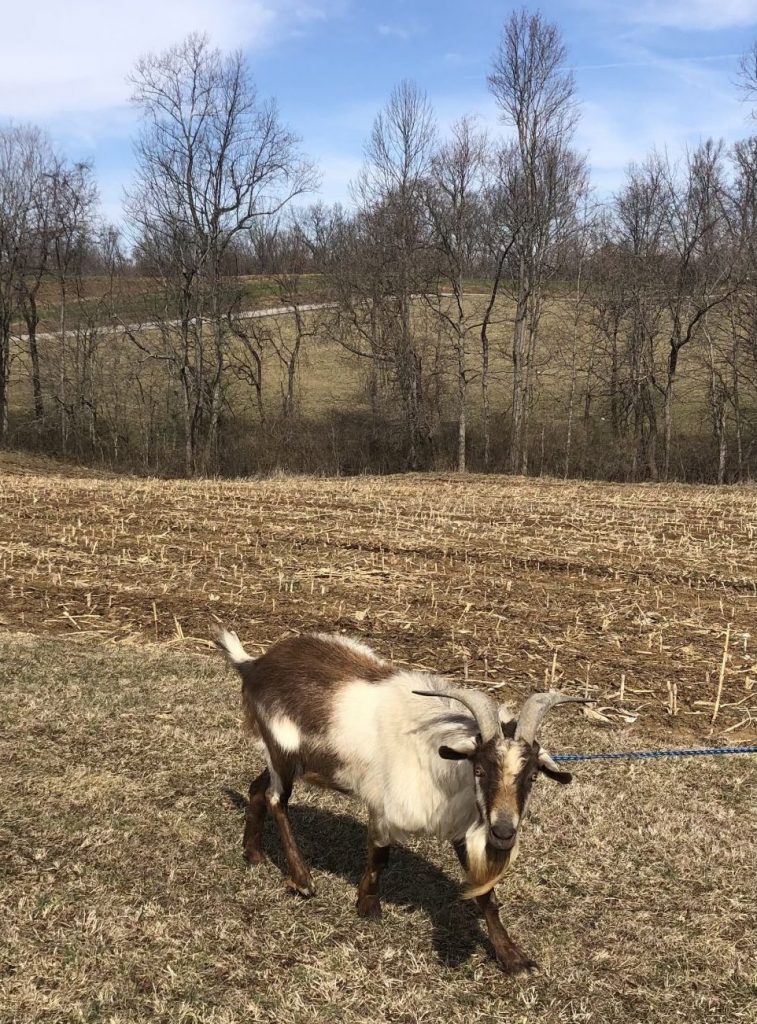 As participants were getting acquainted with what was being auctioned, others were busy unloading livestock. Seeing the animals was the highlight of my day. I gushed and took photos of the chickens and rabbits. The last animal to arrive was a mischievous goat who had not enjoyed his trip to the auction. As soon as he saw the opportunity, the goat jumped out of his crate and bolted. Despite many people’s attempts to grab him by the horns, the goat ran down the neighboring hill and into another farm. It took 5 people to grab the goat. Unhappily recaptured, the goat was later auctioned off for $320.

Because March is still relatively early for produce, wood products like crates, tables, and cutting boards were the primary auction items. There was also some limited produce and baked goods. As stragglers got their numbers, the auctioneer started auctioning items at 11am.

For those who have never been to an auction, the auctioneer always talks super quickly. There are many things to auction off in a day, but he also wants to keep people excited and eager to participate. It is also vital to have an auctioneer with a good sense of humor. Some of the first products to be sold were three walking sticks. The auctioneer attempted to sell them in a whole set to a family of five. He joked that if he broke one of the sticks in half, each person would have a stick. Although the family said no, the crowd laughed. Eventually, someone bought up the last of the walking sticks.

Last Saturday was a great first auction experience. We were very lucky to have a nice blue spring day and to be surrounded by the rolling hills of Southeast Ohio. I hope everyone can try to make it out to Chesterhill sometime and experience the produce auction world. 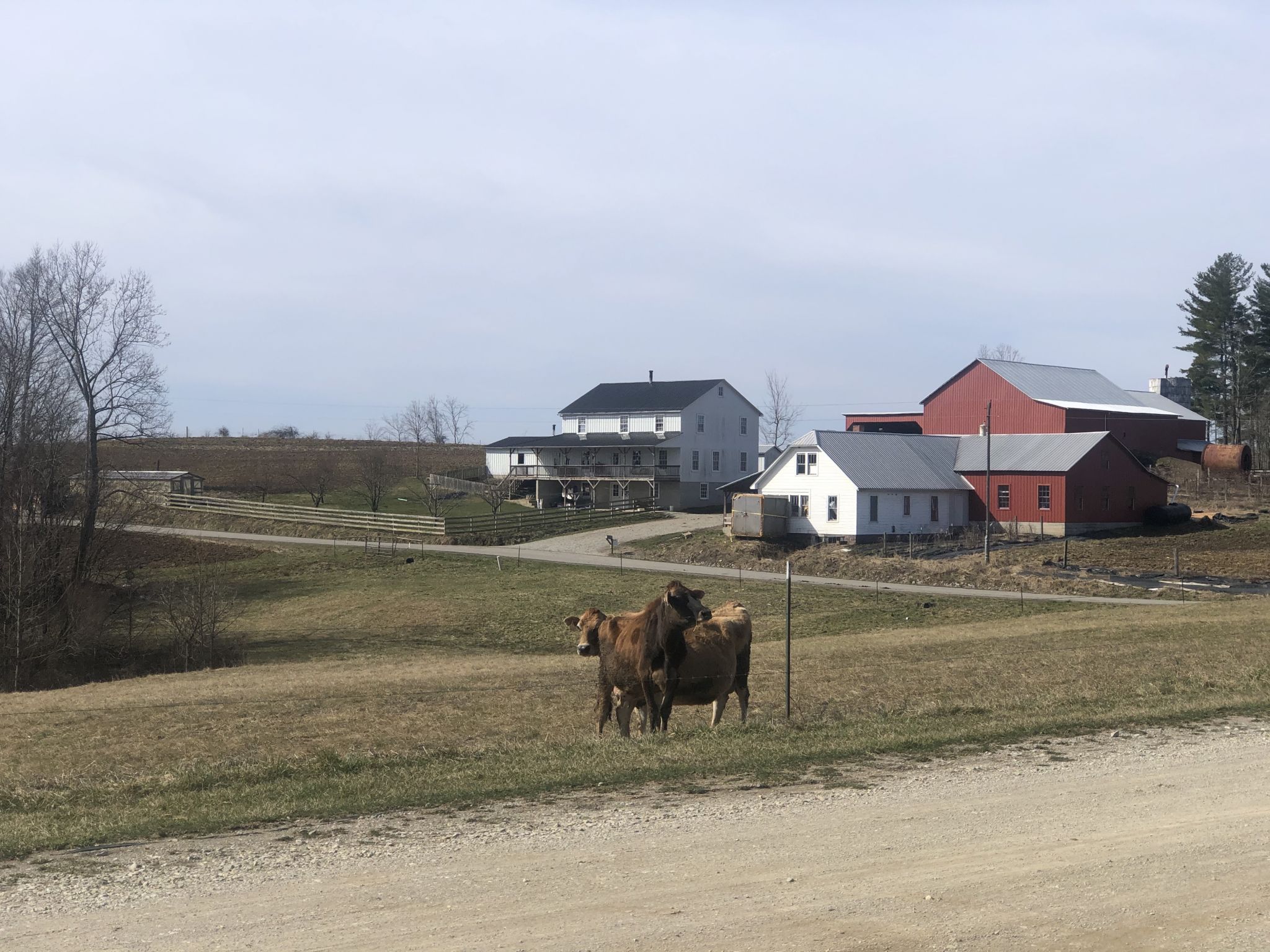