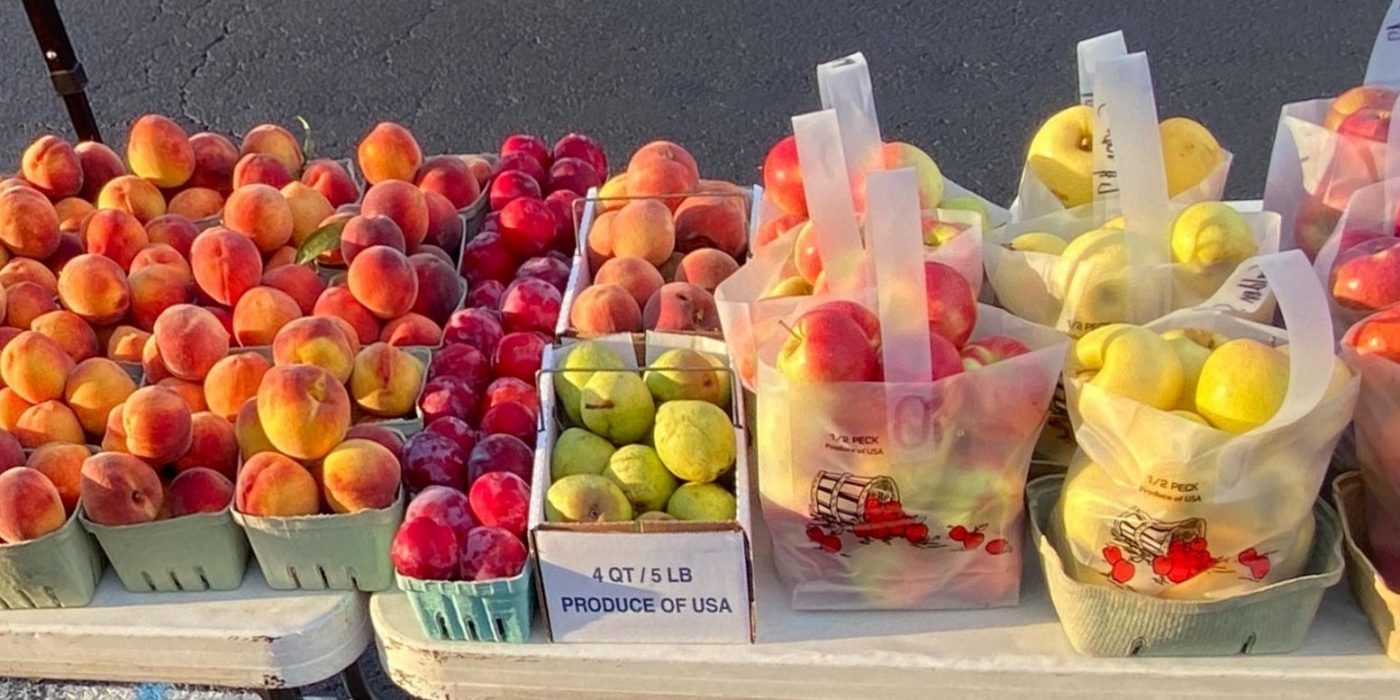 “Grower Spotlight” gives customers and consumers of the Chesterhill Produce Auction (CPA) a chance to get to know the farmers that sell their products at the auction.

On an unusually warm afternoon in early October, I found myself bouncing around in the passenger seat of a utility vehicle making its way around Wagner’s Fruit Farm in Waterford, Ohio. I had been working with the farm’s owner, Eric Wagner, for the past month in preparation for Rural Action’s Apple Crunch Day efforts, picking and grading apples whenever I could make it out to Washington County. Despite that, I had only worked in a small section of the 150 acre farm up until that point. This ride around the farm was my first chance to see it in its entirety, and I was impressed with what I saw.

We passed acre after acre of fruit trees and vines, pumpkin patches, irrigation ponds, and more. There were apples I had ever seen before, like Arkansas black apples with skin so deep purplish-red that they appeared black from a distance. Eric knew when eachrow of trees we passed had been planted, and the names of each variety rolled off his tongue with ease. Franklin, Red Delicious, Golden Delicious, Jonathan, Gala, Fuji, Winesap, Pink Lady, Sweet Russet, Honeycrisp, Crimson Crisp, Autumn Crisp, Ginger Gold, Paradise Sweet, Melrose, Cameo, Rome. The list went on and on. In total, the farm has nearly 60 varieties of apples, 15 varieties of plums and pluots, 7 varieties of pears, and a few peach varieties, not to mention both sweet and tart cherries, apricots, nectarines, blackberries, black raspberries, blueberries, and grapes. That’s a lot of fruit! And more is on the way, with Ludacrisp apple trees recently planted and Ruby Rush to be planted in the spring. As Wagner himself put it, “I like to grow everything and I like to watch things grow. I really like to have the first of something at the farmers market or be the only one that grows certain varieties.” 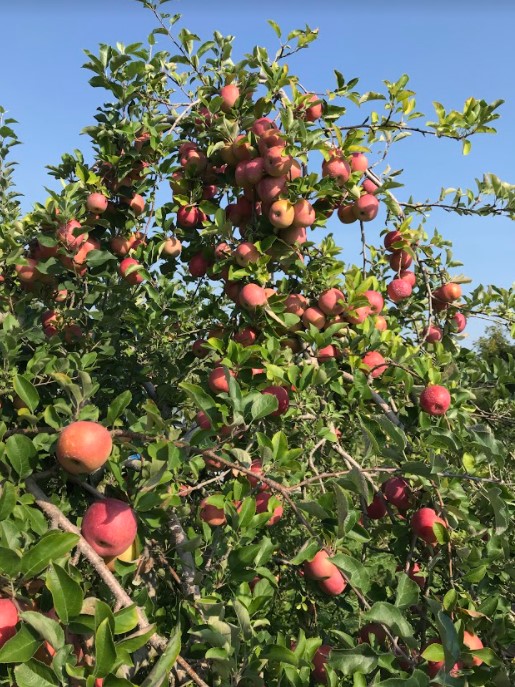 A tree loaded with Fuji apples at Wagner’s Fruit Farm

Clearly a lot of love has been poured into this farm, but so has a lot of hard work. Eric’s grandfather, Willard Wagner, purchased the land in 1938, working at other jobs to keep the farm going as he cleared land and planted trees. Eric himself worked a full-time job for 30 years while running the farm at the same time. “The amount of work and dedication is unbelievable. The general public has no idea what it takes to put food on their table,” says Wagner. But through it all they have persevered, growing fruit for over 80 years thanks to four generations of dedicated Wagners. 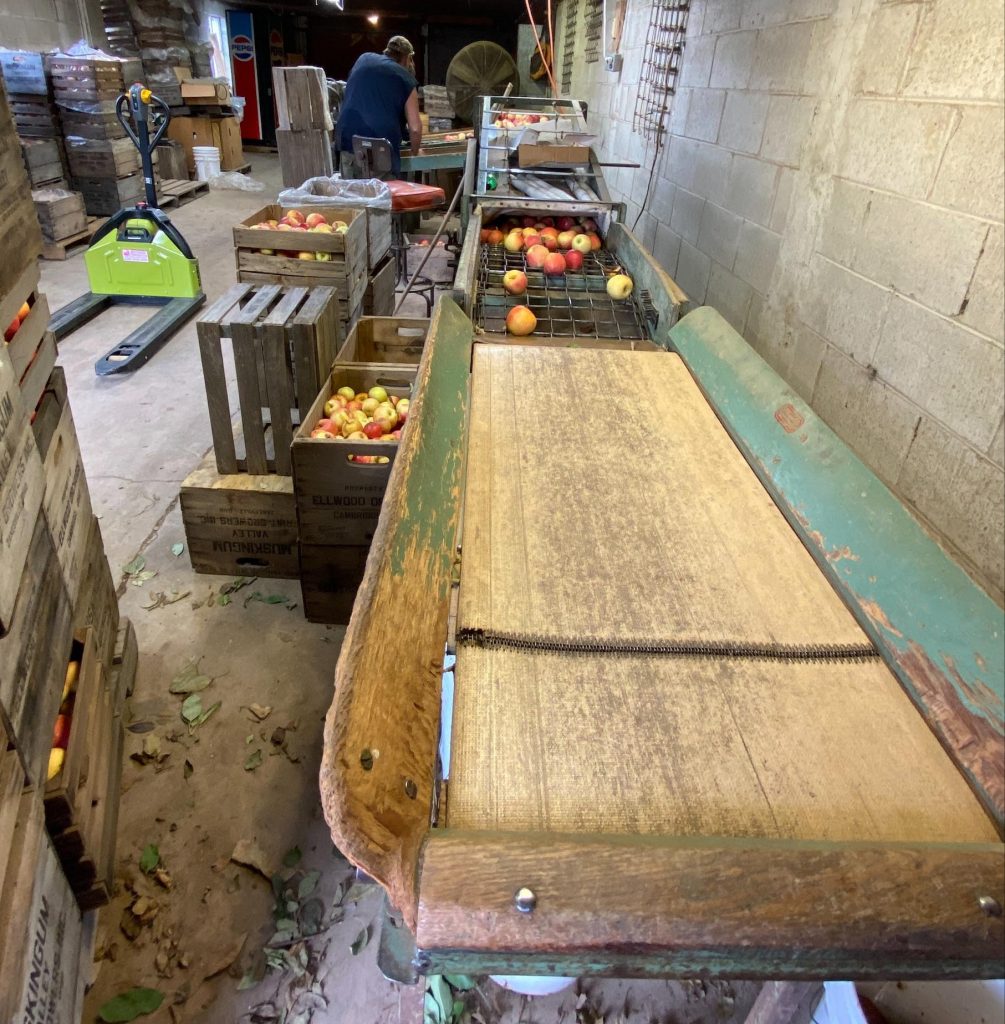 The grading machine at Wagner’s Fruit Farm, used to separate the good fruit from the bad so customers get only the best

Willard Wagner was also a founding member of the Athens Farmers Market in 1972, where you can still find Wagner’s Fruit Farm to this day nearly 50 years later, making them the only original farm still selling there. For the past twelve years they have also sold fruit here at the Chesterhill Produce Auction, where they are often the sole producer of apples, pears, and plums. You can also find their fruit at the farm’s own store at 2505 Brownrigg Rd in Waterford, OH, Sponey’s IGA in Beverly, all three Piggly Wiggly locations in Parkersburg, WV, and the Hickory Grove Country Market in Vincent, OH. So the next time you find yourself with a craving for something sweet or tart, consider satisfying it with some fresh local fruit from Wagner’s and support a long-running local farm in the process! 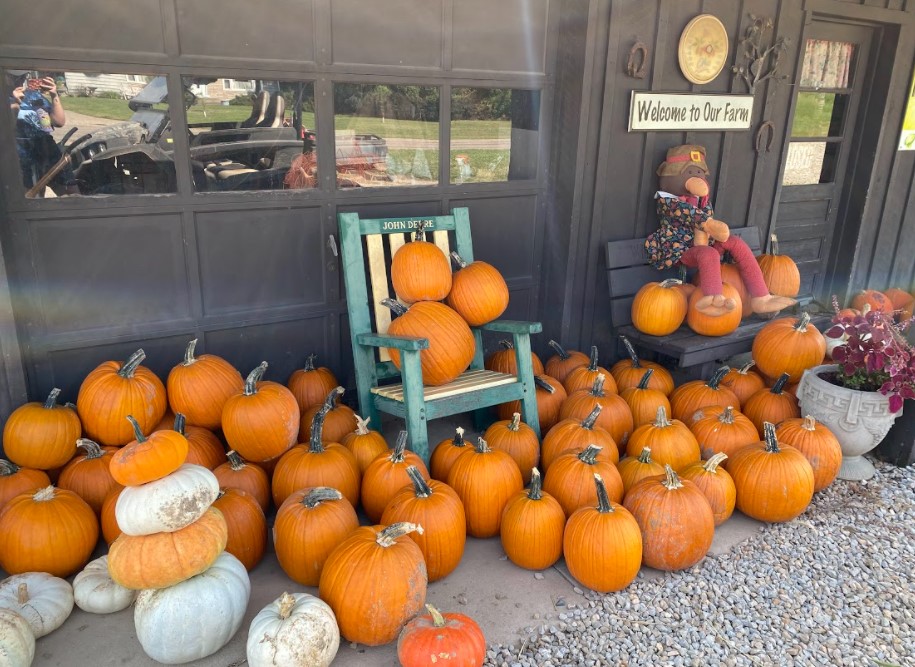